Throughout the 18th century, the concepts and ideals of the Enlightenment spread through the whole of Europe. Denmark, as other countries, witnessed radical reforms in the areas of agriculture and estate management. Christian Ludvig Scheel von Plessen, who owned the manor Fussingø from 1749 to 1801, turned out to be a true child of the Enlightenment. His contribution to the 1786 Agricultural Commission aimed to influence developments in the field of estate management. On his own estates he put reforms to the test in practice, and Fussingø was to serve as a laboratory for social changes. 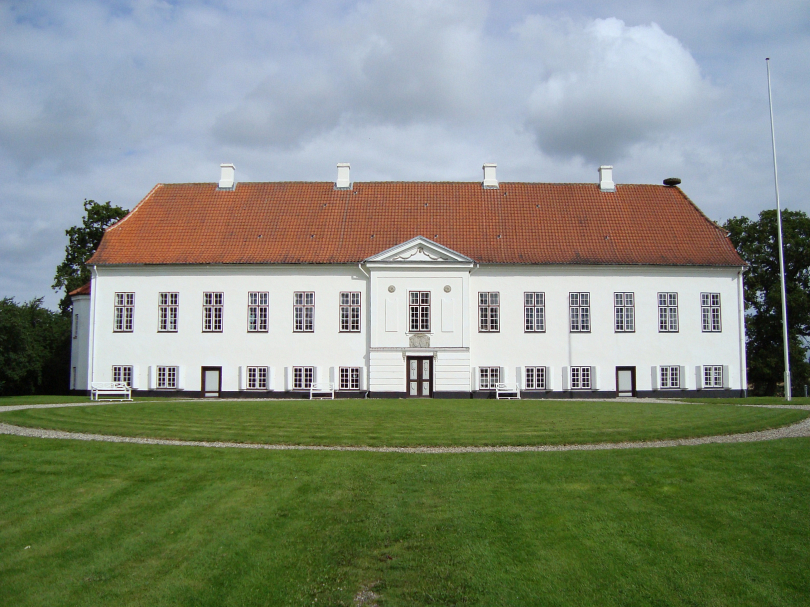 The simple and classical main building of Fussingø seen from the south. Photo: Bent Olsen.

The Age of Enlightenment and human nature
In the European context, the Age of Enlightenment is often demarcated by the years 1690 and 1800, while in Denmark it prevailed in the latter half of the 18th century. The Enlightenment can be described as an ideology and school of thought based on a philosophy rooted in human reason. Its acknowledgement of reason was in opposition to the Bible’s teachings on the structure of the world. Liberal ideas on freedom and equality prevailed and culminated politically in the American Revolution (1775-1783) and the French Revolution (1789-1799). The very structure of society became a subject of debate. This involved discussion about the conditions of peasants serving on a landed estate.

Storming the Palais de Tuileries during the French Revolution in 1792. Foto: Wikimedia Commons.

From 1758 to 1764, Christian Ludvig Scheel von Plessen went on a grand tour to a number of universities in Switzerland, Germany and the Netherlands. This led to an acquaintance with the concepts of the Enlightenment and inspiration for his later hard work to reform estate management in Denmark. His attitudes and reform-minded approach was shared by many, but also criticised from many quarters, because it represented a violent break with the existing organisation of agrarian society.

Serfdom and the might of landowners
To understand the revolutionary aspect of Enlightenment thinking and the importance of agrarian reforms we need to look closely at what went on before these trends and measures. 1733 saw the issue of the decree on the introduction of adscription in Denmark [Da: Stavnsbånd], thereby introducing a (mild) form of serfdom for peasants under landed estates. That meant that no men between the ages of 14 and 36 of were allowed to leave the estate on which they had been born, without the permission of the estate owner. In other words, they were bound to their native soil. This regulation was officially adopted to ensure that an estate owner was able to ensure the conscription of peasants into the local militia. Another underlying motive was the retention of the peasants as tenants on the land to carry out compulsory labour on the fields of the home farm.

That meant that the peasants’ conditions were subject to the individual landowner. In principal, farmhands had no opportunity to look for tenancies on other estates with better wages or working conditions. The estate owner could issue a free pass giving a farmhand the right to travel freely, but such passes were often charged at a high price.

Up until 1764, adscription became even more restrictive and came to include all males between the ages of 4 and 40, which at the time was the equivalent of a lifetime.

The Great Agricultural Commission
Even in the mid-18th century, on the basis of the new Enlightenment ideas of liberty and equality, there were authorities working to improve conditions for peasants and to reform agrarian society. In 1786, the Great Agricultural Commission was set up to resume the reform work that had already been initiated. Because Christian Ludvig Scheel von Plessen had proved to be an energetic, reform-minded estate owner, he was given one of the total of 16 places in the Commission.

The Great Agricultural Commission was particularly effective between 1786 and 1788, but existed until 1816, when it was formally disbanded. The most iconic result of the Commission’s work was the decree of 20 June 1788, which abolished adscription, effectually ending notions of serfdom in Denmark. Farm hands were now free to leave the estate, on which they had been born. However, the issue of peasants’ conditions working and living under an estate was to divide the waters for a long time. The reforms suggested in the commission had both proponents and opponents. 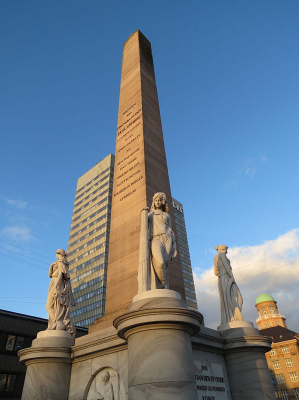 The Liberty Column was erected in 1792-1797 by King Frederick VII to celebrate the abolition of adscription in 1788.

The agrarian reforms
The agrarian reforms, which were initiated in the latter half of the 18th century, can be divided into three main categories: the disbandment of the village community; the gradual improvement of the copyhold terms; and finally the transition to freehold farmers owning their own farms.

Before the agrarian reforms, the village community was the centre for the cultivation of the fields of the copyhold farms, which were scattered in small strips and plots around the village. This system featured a high degree of social security, since the fields to some extent were looked after jointly. But the system involved a slow decision-making process when it came to questions of cultivation. The disbandment of the village community led to the reorganisation of the fields, so each tenant basically had one single piece of land instead of a number of scattered plots. This meant that each individual tenant could make his own decisions about the cultivation of the land independently of the other tenants. The disbandment of the village communities took place gradually between 1758 and 1810.

Another aspect of the agrarian reforms dealt with the improvement of the tenant’s contractual terms in the copyhold, culminating in the Great Agricultural Commission and the abolition of adscription. The Commission shared the liberal way of thinking of the time and believed that abolition of adscription would lead to the peasants, on their own initiative, looking for estates with good conditions. They also believed that, as a result, estate owners would have to offer better copyholds and decent conditions if they were to retain and attract tenants and farm hands.

The final aspect of the agrarian reforms dealt with the transition to freehold. In the spirit of the age, one of the goals of the reforms was to create a free farmer who owned his own farm and land. So, in the late 18th century, estate owners started to sell off their copyhold farms to their former tenants and others willing and able to buy land. Rising prices on farm land made the selling of land very profitable for the estate owners.

All these agrarian reforms were the result of Enlightenment thinking and were implemented by estate owners such as Christian Ludvig Scheel von Plessen at Fussingø. The economic boom of the late 18th century was also a crucial factor in the realisation of reforms, which in some cases implied reduced revenue for the estate owners. We can read about Christian Ludvig Scheel von Plessen’s attitude towards this issue. He was willing to spend several hundred Danish rigsdaler “…to make human beings out of his peasants.” The investment might seem expensive, but would pay off in the longer term.

www.danmarkshistorien.dk – The theme of adscription and agrarian reforms in the 18th century by Birgit Løgstrup.

www.danmarkshistorien.dk – The theme of the Age of Enlightenment and reform policy in the 18th century.

The Brocks and Scheels of Gammel Estrup
Clausholm. The Jucidal System and the Estates
Brejninggaard. An Oasis in the Moorland Desert
Hald Castle 1536-1662
Herningsholm. The Manor on the Moors
Kabbel. The Wandborg Family at Kabbel in the 18th Century
Kalø. A Country House for Leisure and Recreation
Rosenholm. The Aristocracy after the Reformation
Kjeldgaard. Lord of the Manor - and the Life of the Peasants
Silkeborg Manor
Sostrup. Magnificence and High-Status Lifestyle in the Country House
Nørre Vosborg. West Jutland's Manor
Lønborggaard. The Survivor
Five Manors Around Odder